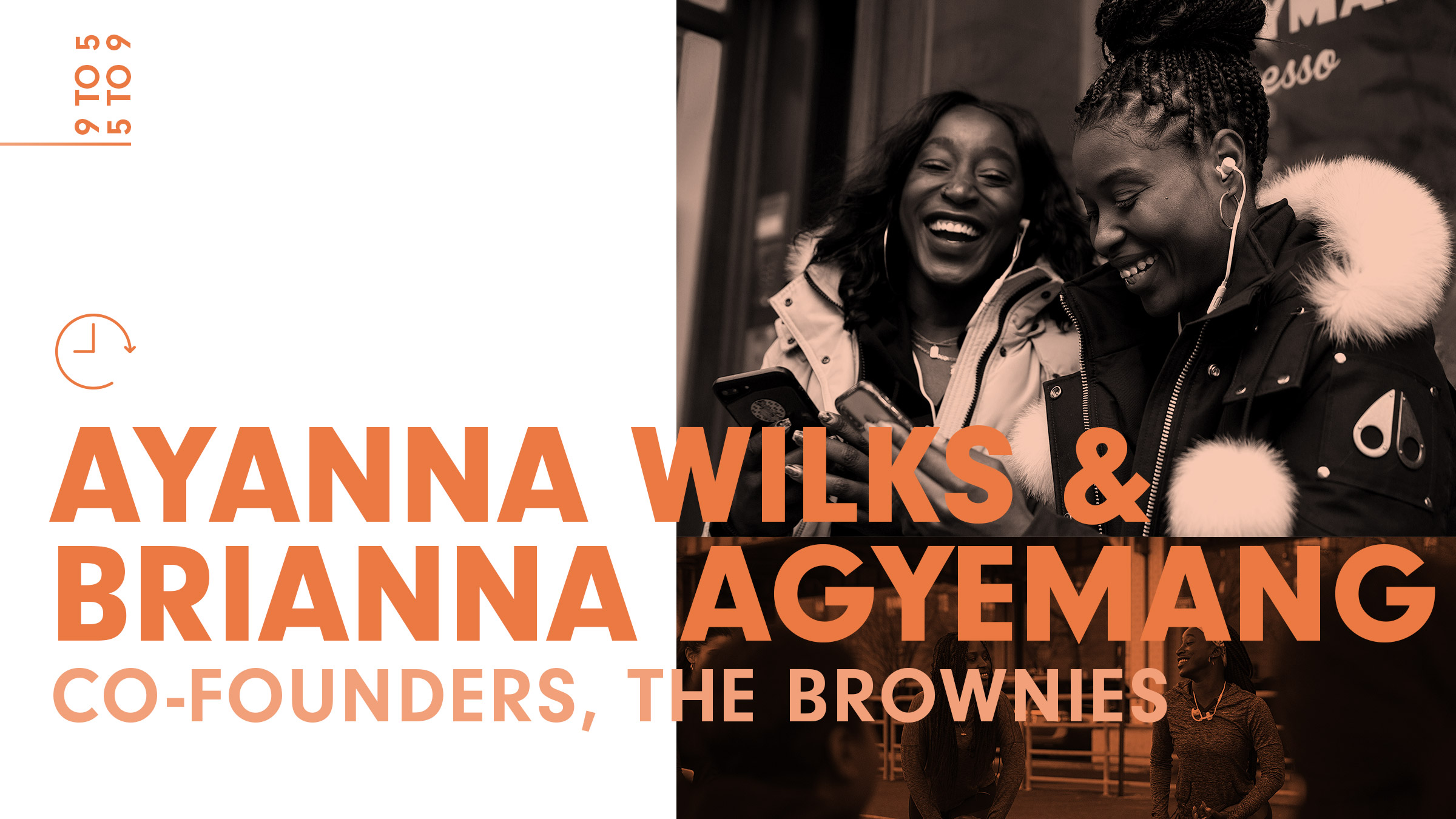 For those who love the grind, there's no such thing as a day job or night shift. How do two Brooklyn women find time to spread black girl magic throughout the country while also working with some of the industry’s most powerful celebrities? Meet Ayanna Wilks and Brianna Agyemang aka of The Brownies.

Brooklyn natives Ayanna Wilks and Brianna Agyemang are disrupting experiential marketing with the power of Black Girl Magic. There's something about the phrase that flirts with the imagination leading to visions of black women showing up and magical things happening because of their presence. The truth is, the magic is in the work. For Ayanna and Brianna, it’s more like black girl hustle, black girl ambition, and black girl intuition. If you want to take what they do and call it magic—then go ahead, because it’s truly special.

“Ayanna and I used to work together at Roc Nation,” says Agyemang, who credits the family atmosphere at their previous company with strengthening the duo's friendship. “I did marketing and some management and [Ayanna] did communications  so a lot of the projects we had together, we were like a tag team and they would call us ‘The Brownies.’ We were helping put together parties for our clients and also our co-worker Lenny S. We just thought ‘well, we should do this for ourselves too.” And that's how it started. 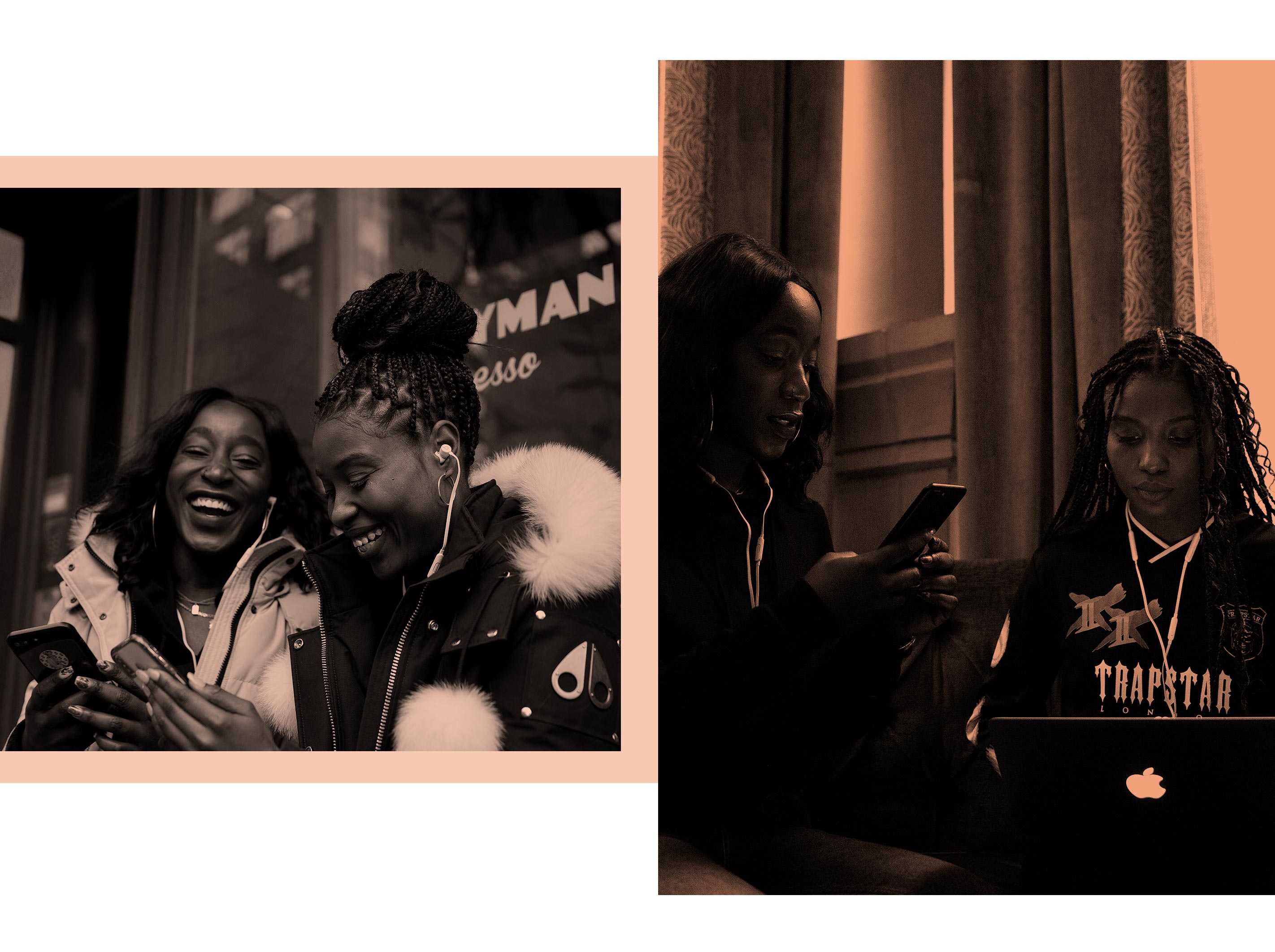 During the day, Ayanna handles celebrity public relations over at Wilhelmina Models while Brianna punches the clock in at Atlantic Records and manages marketing and album rollouts for some of the biggest artists in the game. But how did two women who’ve worked together for years, and have two very demanding full- time jobs, find the time to create an experiential marketing agency/run club/book club/ safe space for black women? Where else? At a party. “Everything is very organic with us so naturally our first event felt that way as well, it was a birthday party for myself, Tiara Hargrave, Director of Publicity at Columbia Records and Tiffany Reid, Style Director of Hearst Fashion Group - all Leos.” Wilks adds.

After having a couple of venues initially backed out, Brianna’s relationship with a trendy boutique hotel came through in the clutch and the first party produced by The Brownies was born. Industry shindigs tend to be, well...industry. Lots of standing, lots of observing, and surely not a whole lot of partying. This was different. Beautiful people? Check. Good times? Check. Good drinks? Check. Dance circle? Check and check. The party was a rousing success, so much so that the hotel offered the two women and DJ’s Olivia Dope and DJ Miss Milan a residency shortly after their first event.

“We want to make sure people dance, we want to make sure people have fun and not worry about how to dress. You can wear sneakers, you can come and just have a good time and know you’re going to run into somebody who also wants to have fun. There’s always going to be somebody in the middle of the circle dancing our. I’ll always be doing the ‘Formation’ choreography. It’s never too stuffy.”

A successful party series would be enough to call the collective a success but they didn’t stop there. The personal interests of these women—Ayanna’s reading and Brianna’s running birthed The Brownies book club and running club. “Originally [the party] was just to drive awareness to us and that we were doing our own thing and you know, trying to figure out what’s next,” says Wilks. “We realized that we did a lot of fun things together and we have a powerful network of friends. The book club was something I started, but never really pushed through with. So, when we started doing parties and working out and running, we thought ‘well duh, naturally, the book club could fall under it. And people loved it. People like to read, people like to be surrounded by Black Girl Magic, empowered to talk about real things in real spaces and it became more of a lifestyle.” 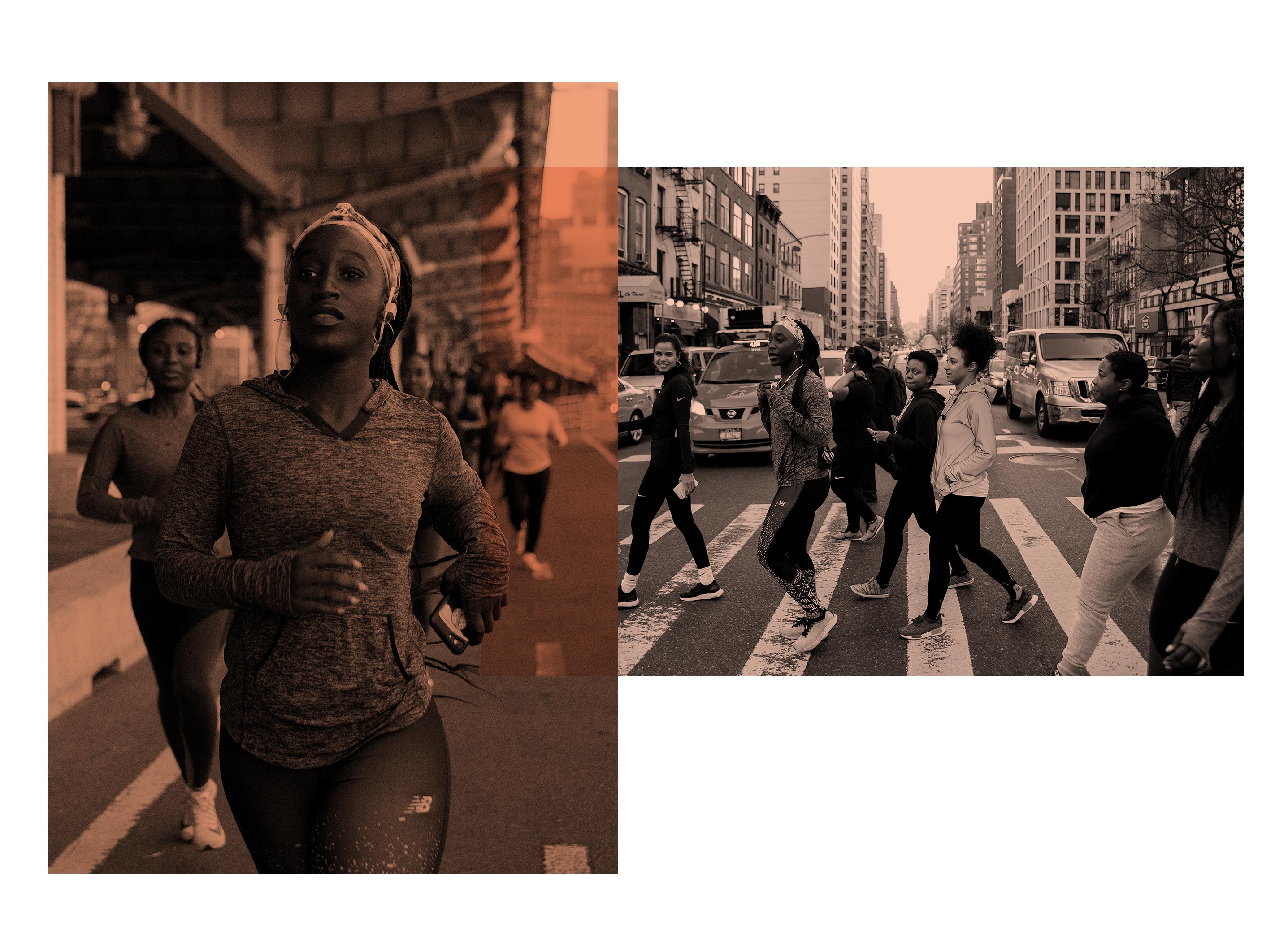 All it takes is one click through The Brownies’ highlights section on Instagram to see black and brown women from all walks of life enjoying powerful literature. While the turn up of the party is a collaborative effort, and Ayanna spearheads the expansion of minds with the book club, it is Brianna’s discipline for running that spreads self-care awareness throughout the crew. A participant in various half marathons and the 2017 New York City full marathon, Brianna’s passion for putting the feet to the pavement knows the world’s first exercise is just as much mental as it is physical.

“I think everybody thinks they can’t really work out, and they don’t know how to start, but it’s really easy no matter how much people may think it’s hard. Anyone can do it,” says Agyemang. “I’ve been running for about three years and when people would see me go run, they would say “oh, I want to run too.” So myself and Natalia my running partner  started taking our friends on the runs since they so we started growing in numbers and  became a run club from it."

The Brownies are doing everything they can in their 24 hours allotted in the day to make sure that cultural change happens sooner rather than later. But until then, The Brownies have their own big plans and dreams to expand their reach. “That picture looks like a big Brownie private jet,” Ayanna says about her dream scenario for the brand. “We’ll load not just women but men on a trip for a rolling series, carry international experiences and domestic experiences just for people to have fun. But we will never stop doing things specifically for black women because that’s how we started. A lot of things we do incorporate black women and obviously men say ‘well, we want to come too.’ But sometimes we just need a space for us! We’ll integrate men where it makes sense, but this is still for the girls.” 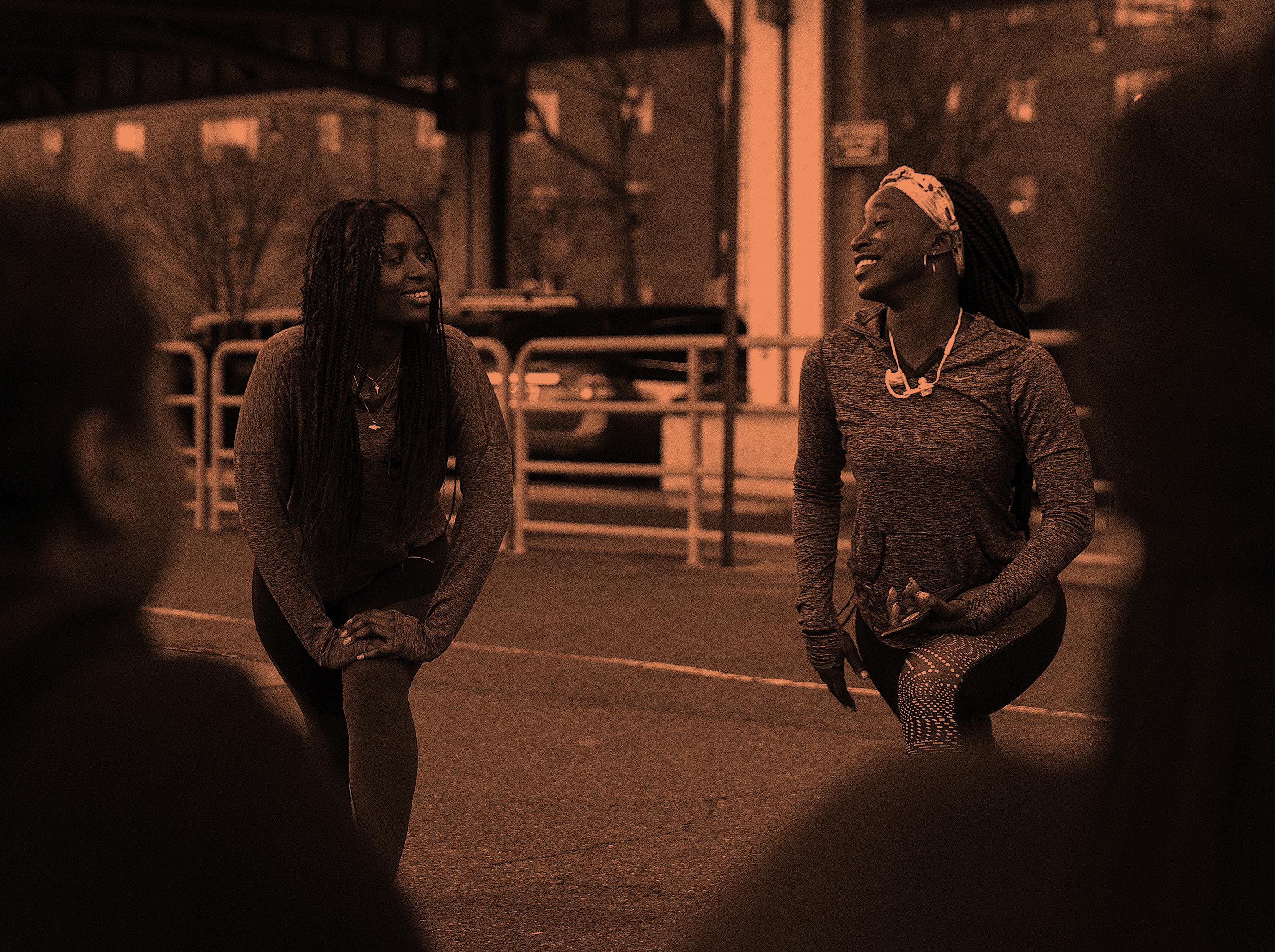