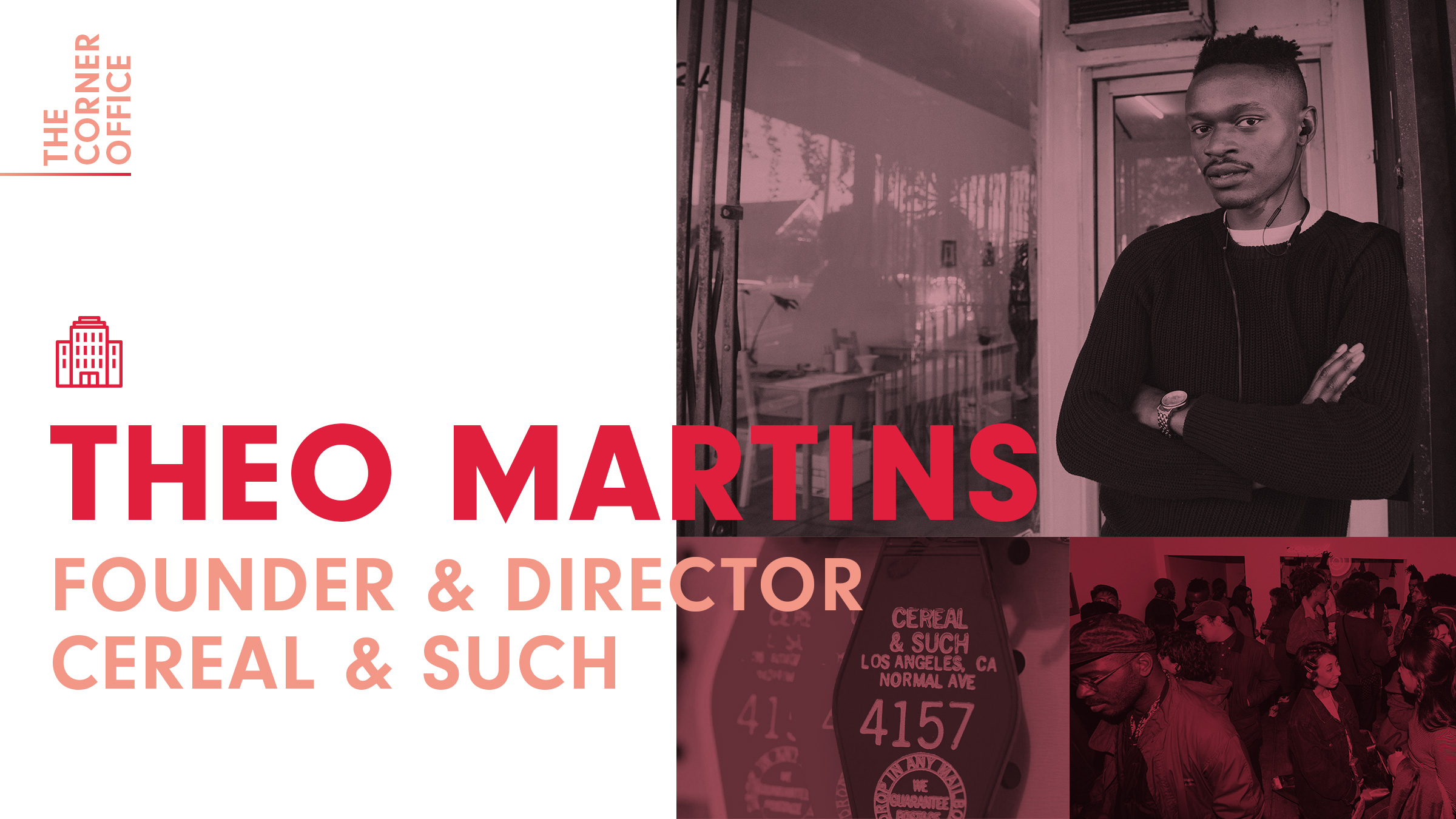 From dropping an EP to launching a clothing brand to opening a creative gallery space, Theo Martins has consistently pushed the boundaries of what's possible. Welcome to his corner office.

The digital age has given birth to a generation of multi-hyphenates who are equipped with diverse skill sets and experiences. Growing up in an era where information moves at the speed of thought, these cross-disciplinary thinkers are shifting the paradigm of creativity and innovation across all industries. They know how to tell impactful stories, launch new platforms, create immersive experiences and identify how to leverage new technology to grow their enterprises.

Enter creative entrepreneur Theo Martins. Martins was an aspiring artist in pursuit of a record deal, focused on sharpening his craft to attract the attention of major labels. He reached an impasse and started thinking more about the wide breadth of gifts he had and less about mastering a craft. He realized that success in this generation isn't about attaining the dream job, it's about leveraging what you're passionate about to reveal an infinite amount of possibilities.

He stayed true to his vision, put trust in his instincts and was open to pushing the boundaries of his own potential.

Next came the launch of Good Posture, his first clothing brand. The growth of the fashion imprint paved the way for his next endeavor, his office space. The area also serves as a gallery where Martins can satisfy his passion as a curator by displaying a variety of products. In addition, Martins, who is widely known for a cereal obsession, also launched a cereal bar, Cereal & such. The space attracts an eclectic community of like-minded creators, designers and tastemakers. Martins has created his own ecosystem with the intent to connect emerging leaders with shared values across different spaces.

I spoke with the Los Angeles transplant about his business model, redefining success and how to remain innovative and ahead of changing industries. 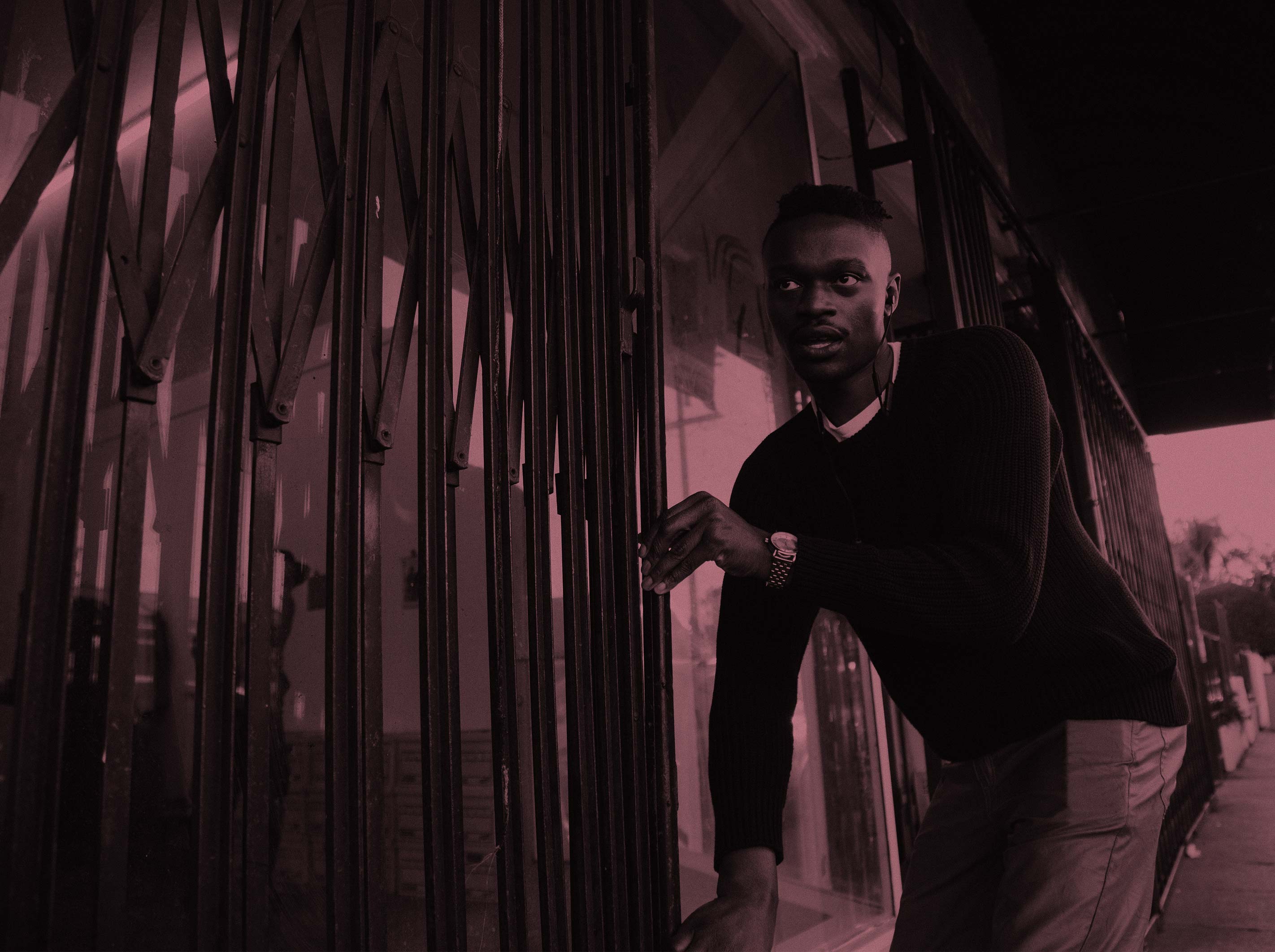 You can be considered many things -- An artist, creative director, an entrepreneur — How would you describe the work that you do and the thinking behind what you’ve built?

Theo Martins: The core intention behind what I do is to act as a bridge, through my tastes, ideals and experiences. Through sharing my perspective, insight and experiences, I’ve been able to foster a community in support and recognition of those things. As a first generation Nigerian-American, my experiences have always placed me at the intersection between many things. While I lived in the United States, inside my home was very much Lagos, Nigeria. I loved the contrast of eating Nigerian foods and speaking Yoruba, to walking to school and having an entire different experience with my friends. Whether it’s music, culture, fashion, or my taste level—I feel the duality I live within supplies others with a valuable outlook that helps shape their own personal interests and perspectives.

At what point did you realize that your perspective and multitude of talents were impactful enough to spark a movement or manifest a vision bigger than you imagined?

Theo Martins: When you're an artist in any space with limitless ideas, there's a deciding factor in how you harness that energy and how you allow it to shape your point of view. It doesn’t work when you tip toe around it. I think the commitment to my work is what changed everything for me. Instead of trying to be the greatest rapper, let's be the greatest Theo. And whatever we need in order to do that, let's do it. I’m not going to just flirt with the idea of what I need to be a successful artist, I need to trust myself and focus my energy and attention to my vision regardless of the possible outcomes. I love making music, singing and acting. I also love art, designing and community. Turning these things into a multifaceted business wasn't intentional, it’s my identity. 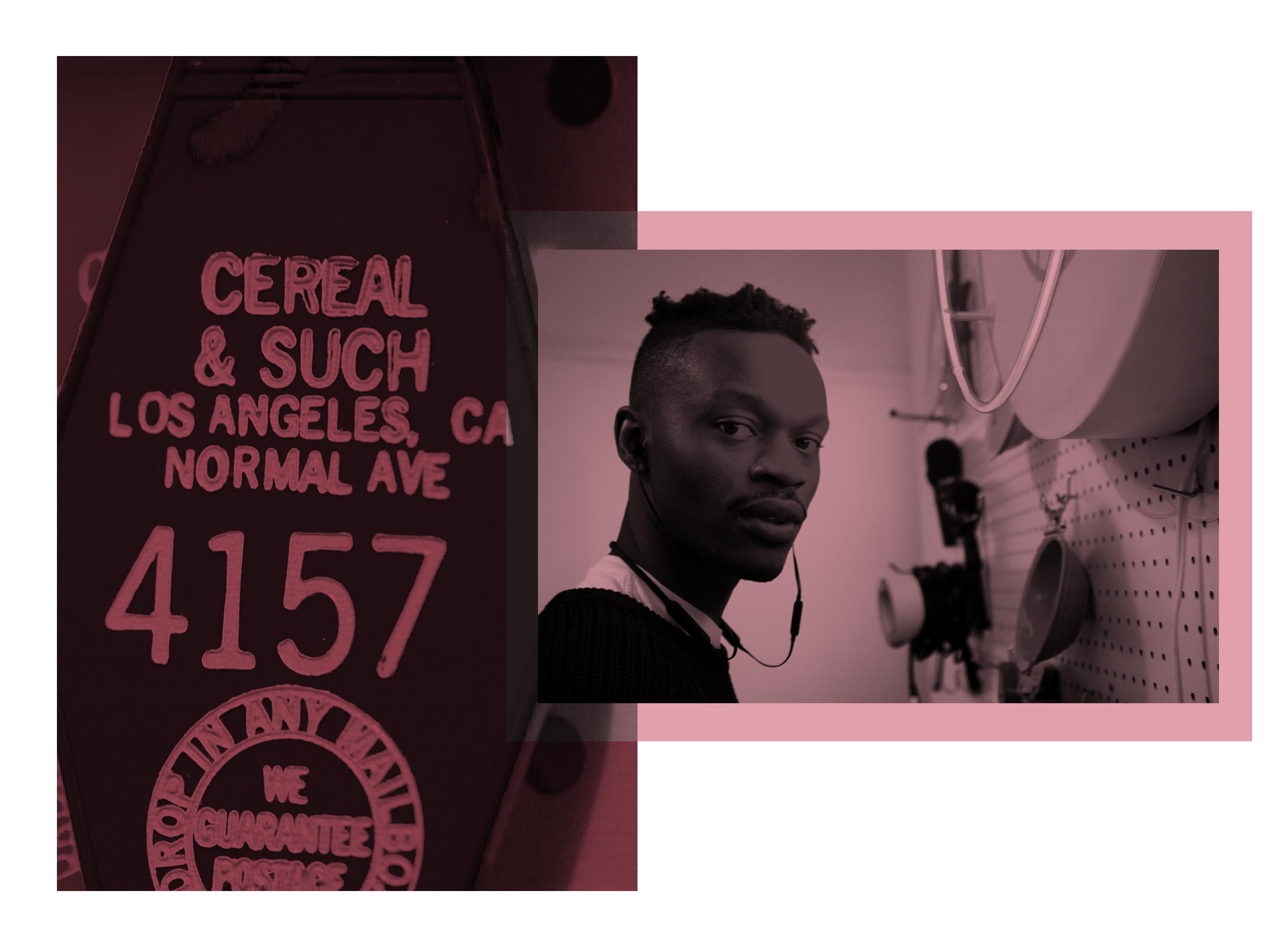 As we continue seeing the convergence of creative industries, if you have great ideas and an understanding across platforms, creators can really do whatever they want, and, like you say, you can create the spaces you want. Can you speak to the industry of ideas and how the climate has changed for creators today?

Theo Martins: I agree in totality. Initially, what I was chasing was a sense of belonging and recognition. I remember being a kid and seeing artists like Pharrell and saying, ‘I want that.’ Not just because I have a desire for it, but because I identify with them as well. I believe that I actually can do this, too. I initially went about it in a singular way to shutting off my other creative outlets. But, we’re living a modern society with unlimited leverage and great creative possibilities, a scheduled and rigid outlook proves the least productive. In the last few years, my thinking has shifted. I'm telling myself just commit to having ideas, to dropping what we have and commit to allowing these things to organically grow. From that point, you realize that you’re a toolbox. I have an expansive set of skills and I can use them however I want, wherever I want, to do whatever I want.

The new measure of success is being vertically integrated, meaning you own the entire chain of commerce, from production to distribution. How important is designing a business model that allows you to have ownership at every level and controlling your own destiny?

Theo Martins: To me it’s the most important thing. I know exactly how I want to make my products, where I want to sell them, how I want them to look on a shelf, in addition to who I'm speaking to and speaking for. It’s integral to protect your message so that it maintains the integrity it’s set for it. It’s ineffective if it becomes even slightly diluted or changed. 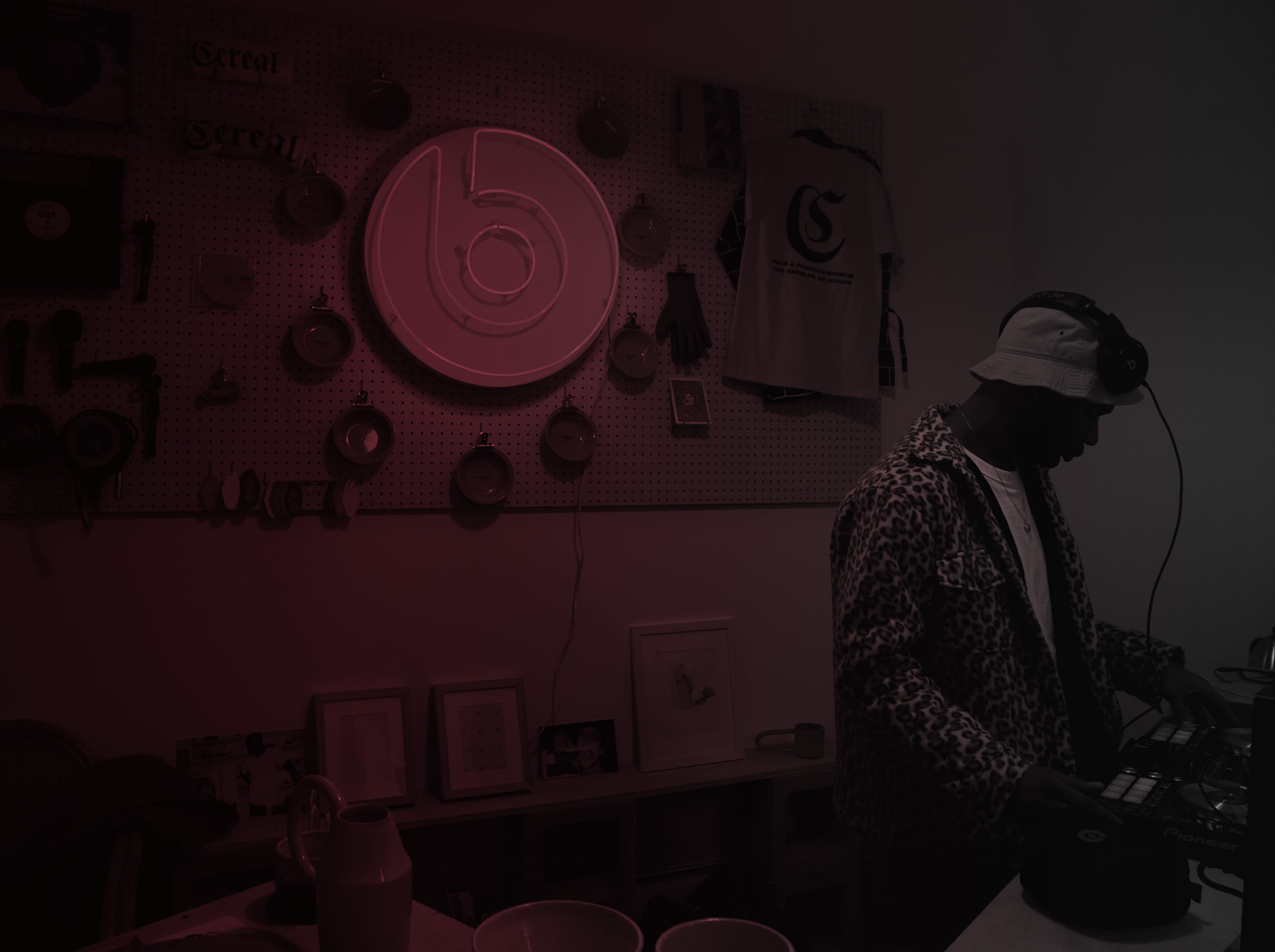 What have been some of the notable challenges or obstacles that you've had face in the process of building your businesses?

Theo Martins: Aside from typical hurdles, like money, I think for people who are my age and younger, you want to be around people who support and nurture your talents. You really don't want to waste time doing anything else. It’s necessary to get that early on. If you are not in the environment, whether geographically or within a friend/family group, that can nurture or support your evolution it’s necessary to seek that out immediately. Your growth depends on it.

Can you describe the evolution or different pivots that your business model has taken? Where did you start and what were the different growth points that have gotten you to where you stand now?

Theo Martins: The start has always been about realizing you have ideas and connecting with other people to share them. It’s the kindergarten experience: You come together to share an idea and a point of view. There have been many points of entry for me, music, DJing, designing, acting, but they’ve all been roads leading to the same place. Singing and performing were the first experiences for me, as a young kid. From music to DJing to opening a cereal bar, those things were all about community and sharing a point of view. When I think about my experiences DJing, it was a platform for me to display my tastes. The music was just a vessel. Opening Office and Gallery is the culmination of the Theo Martins ecosystem. Still the same ideals and same principles, just physically realized.

"I’m not going to just flirt with the idea of what I need to be a successful artist, I need to trust myself, commit, and focus all of my energy and attention to this vision regardless of the possible outcomes."

Many talented creators start along their path, may see some success, but quit just before reaching that definitive turning point. How important is appreciating your process and trusting the timing of your life?

Theo Martins: It’s integral. The process for me is grounded in it being organic and true. And the qualities that those things express is that it’s got to be personal. Coming back to those principles time and time again remind me that of how integral this process is. There's going to be highs, there's going to be lows, and there's going to be twists and turns. That may be too much for most people. For me, it was being really open to change. That has allowed me to survive.

How has your vision of success evolved from when you first broke into the industry to the point you’ve reached now?

Theo Martins: I initially defined success through benchmarks set for me. I didn’t actually want much of the things that I thought I did. You come into an industry where there are rules set for you that essentially benefit the party responsible for setting those same rules. I’m not saying I don’t want that but I want to have a choice and decision in why and how I participate in those rules. That goes for anything. My goals now involve a lot of collaboration more than anything else.

"When you look at the effects of how ideas shape culture and shape other people, realizing that you're a vessel for these ideas, it’s not only empowering, it also shows you that it's bigger than you."

You’ve worked at Beats and have a range of experience working with big brands prior to stepping out independently. How have those experiences shaped you and prepared you for being your own artist and entrepreneur?

Theo Martins: Collaboration is incredible in how it serves as a great form of education. We’re learning our strengths, areas to focus on, how to articulate an idea. How to ship. I’ve always been independent. I take great opportunities to be taught. I’ve had great leaders in my life. Having the opportunity to create with Apple has been a great opportunity, being able to share ideas with other brilliant minds. These experiences reaffirm what I’m doing every day. 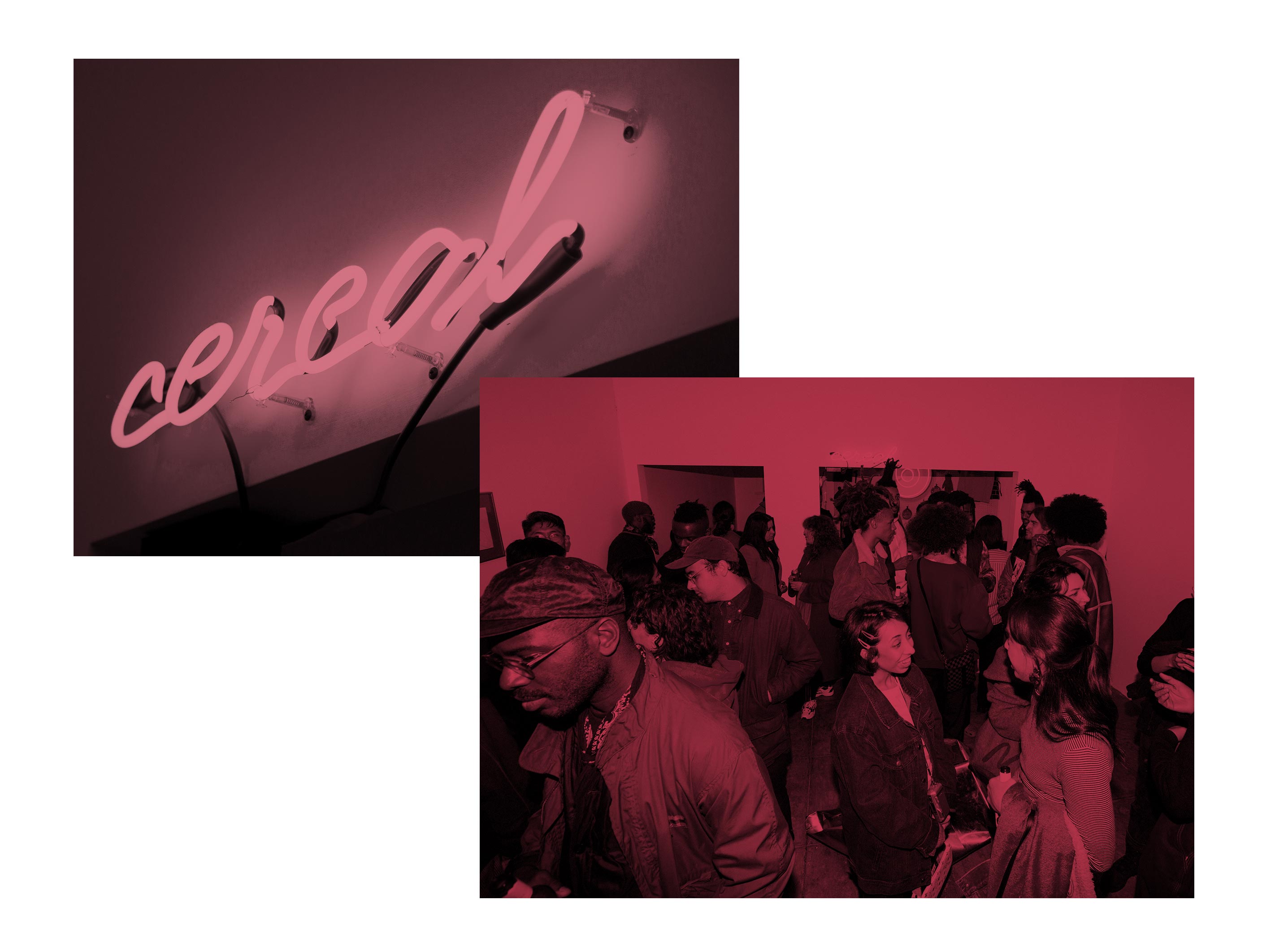 What would be your words to creators battling with the idea of being an entrepreneur or seeing themselves as a business owner beyond just their art?

Theo Martins: When you look at the effects of how ideas shape culture and shape other people, realizing that you're a vessel for these ideas, it’s not only empowering, it also shows you that it's bigger than you. It’s all in how you see yourself and see your work. Much of the decisions I make are based on where I expect to see my efforts and why. I would always recommend asking ‘Why.’ It solves everything.